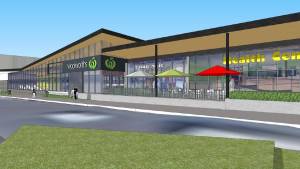 The NSW government has made a planning decision ignoring feedback from the Port Macquarie community about Woolworths acquiring public land, the Short Street car park site.

There were several meetings where it was quite clear that most Port people don’t want a big development there. We have enough traffic already and we need car-parking more than another supermarket. It is ridiculous that another supermarket should be planned one block from Horton Street. We already have a Coles a block away, with a Woolworths and two IGAs about a kilometre away. The Short street car park and old Food for Less site needs to be very low key, to keep views to the river, with a cafe/restaurant (or two) with a piazza, and lots of space for car parking and Ironman.

Yes, I ask you, if this site is taken by Woolworths, where will Ironman be organised?

Everyone concerned about Woolworths having control over our public land, the control whisked away by the Liberal-National NSW government, should come to the Council meeting on Wednesday 15 July, 5:30pm at Council Chambers.